Our contribution to Open Source projects

Today, we are excited to introduce one of our activities for a Open Source project.

ERPNext, is the Open Source ERP software and Frappe Technologies India plays a central role in development, and we believe it is the best open-sourced ERP in the world.

By the way, many people says that there are so much traditional uniqueness in Japan. One of them is that almost all people in Japan would not use any systems if they see any English words, so we decided to try translating whole system into Japanese.
Thankfully, as the Team provides a translate system, we worked on it.

Then, we translated almost all words into Japanese, and we got the largest number of translated as below.

We hope more people will use ERPNext in the world, also in Japan. 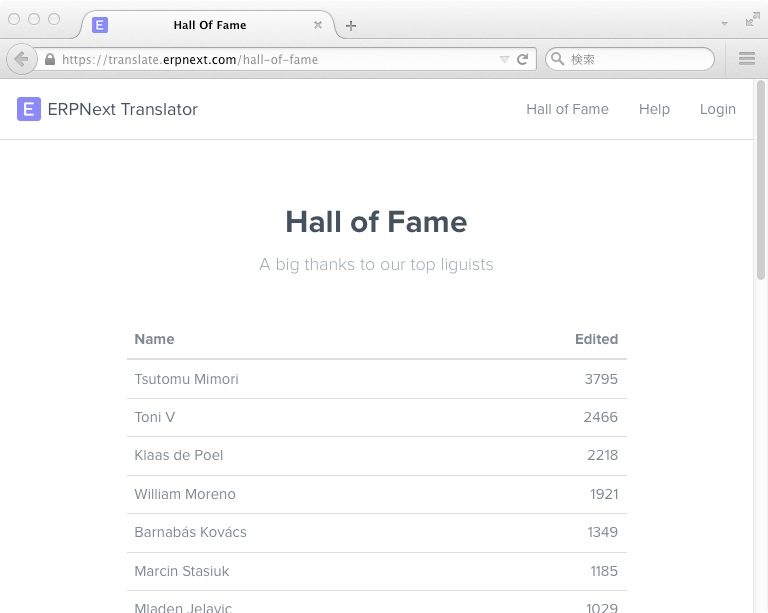